Plaques that Celebrate the Spirit of Charity: Britnie Turner 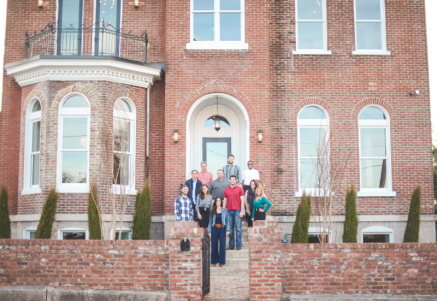 Aerial Development Group is, according to their business description and website, a development company that is dedicated to the full-circle revitalization of Nashville’s urban neighborhoods. However, given the sheer amount of charitable work that they do for both the residents of Nashville and for needy children in Africa, you might think that they were a charity organization instead.

The business’ operating principle is fairly simple, and may be familiar to anyone who has seen shows such as Flipping Out: buy a run-down home, remodel it, and then sell that property for a profit. ADG’s current office was once a burned-out shack that they purchased and remade into their headquarters.

The people who work at ADG are incredibly talented and driven individuals, but it is their dedication to helping others that makes them stand out amongst the crowd of real estate developers as a group of young, dynamic forward-thinkers.

Bringing Communities back to Their Feet

Part of ADG’s commitment to others is evinced by the way that they choose houses to flip. Instead of seeking slightly run-down homes in already nice neighborhoods, the crew at ADG actively seeks the worst houses in a struggling community to rebuild them. Many times, the original building is in such poor shape that the crew has to tear the whole structure down and start over from scratch.

The goal of rebuilding the most imperiled homes in the hardest-hit communities is to revitalize these struggling neighborhoods and improve the quality of life for all those who live there. By improving the overall property value of a hard-hit community, Aerial Development Group is attracting support from businesses who will want to invest in the newly-rebuilt areas. With this business comes growth and economic revitalization, which brings jobs to the community and even helps to make the community safer.

The team at Aerial Development group is working tirelessly to help bring progress to the commmunities surrounding the Nashville, TN area. Every day, these progressive young men and women are leading the charge to revitalize their communities.

The remarkable young woman responsible for ADG’s success as both a business and as a means of helping both local and overseas communities is Britnie Turner. In an interview featured on 12th and Broad’s website, Britnie reveals that she bought her first house while she was still 18, and she developed a taste for rebuilding houses shortly afterwards.

According to the article, in 2009 Turner asked herself “How can I impact everything I touch in a positive way?” The answer that they enterprising young woman came up with was to build a business around the restoration of housing in communities around the Nashville, Tennessee area. Throughout the recent economic recession and a housing market that has been tough, to say the least, Britnie has kept her new business alive and thriving through her tireless work and an indomitable will to help others.

Working to Help Those in Need Everywhere 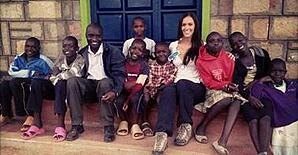 When one first hears the name “Aerial Development Group,” the first thing that one might assume is that the company focuses on airplane-related technology, but that isn’t the case here. The word “aerial” in the company’s name is actually a daily reminder to Ms. Turner of why she built this company and what her overall goal is: to keep the “big picture” in mind at all times.

What does the “big picture” mean to Britnie and her dynamic team at ADG? It means helping not just those in the local community, but making sure to alleviate the suffering of those in need across the world.

To achieve this goal, the ADG team donates a portion of the income from every house that they sell to the upkeep and expansion of orphanages in Africa. These donations are made in the name of the new homeowner, so families who buy from ADG have the option of making the support ongoing.

However, Ms. Turner does more than just throw money at the problem and hope that it is fixed. In addition to making donations, she makes sure that the money is put to good use by building new additions to the orphanages and making livestock purchases to create sustainable food supplies that the children can eat. Furthermore, children who outgrow the orphanages are not turned out empty-handed, as Britnie has made sure that a portion of each orphanage’s funds are set aside to give children who have to leave enough money to make the transition into adult life.

With the generous ongoing support of ADG, these facilities are able to vastly improve the lives of children every day simply by being there to support them and provide a positive environment.

Commemorating Joining the 30 Under 30

In designing the offices that her company would call home, Britnie kept her eye on the fine details of the space and creatively added to the space with her own unique fashion, which she playfully dubbed “princess industrial.” Combined with her work ethic, charitable generosity and ability to earn the loyalty and dedication of those who work with her, it is little surprise that Britnie made The Cystic Fibrosis Foundation of Middle Tennessee’s list of “Nashville’s Top 30 Under 30” for 2014. 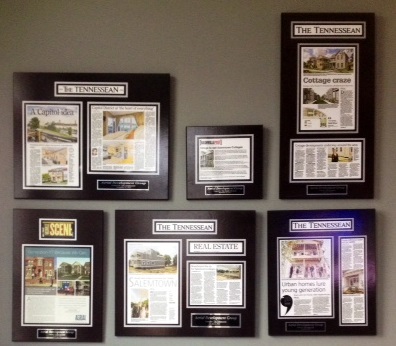 To commemorate this achievement, and many others, Britnie commissioned a wooden featured article plaque from In The News, Inc. This plaque joins the many others that adorn the walls of ADG’s company offices.

With these plaques, Britnie can share her company’s proud history of serving others with employees new and old alike for decades to come as her business and charitable efforts continue to grow. The plaques seal the articles within, keeping the stories inside safe from the harmful effects of exposure to air and moisture. This means that Britnie’s most precious articles won’t yellow, tear, peel, crack, or decay like a simple paper printout would, keeping the stories looking like new for years and maintaining a professional appearance.

Speaking of a professional appearance, the black and silver trim of ADG’s article plaques creates an attractive look for all of their stories so that they will be sure to draw the attention of visitors and delight them. Such a timelessly professional style is at home in almost any business office, and creates a great first impression among those who come to the office for the first time, which will only improve once such visitors actually read the stories contained within the plaques.

In The News is proud to help energetic young entrepreneurs such as Britnie Turner celebrate their favorite moments by immortalizing them in a featured article plaque. It is our hope that she continues to enjoy success, both as a developer and as a supporter of those in need.

If you would like to contact Michelle Ferguson, the Senior Account Executive who helped Ms. Turner with her plaque orders, please call 1 800 548 3993 ext. 3072, or email her at mferguson@inthenewsonline.com. To learn more about the plaque creation process, contact us.