A Custom Plaque for the Face of MLB: David Wright 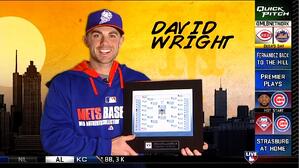 For fans of the New York Mets, David Wright is a familiar, even beloved, part of the team. David has long been a high profile player in the world of Major League Baseball, having made his MLB debut in 2004 with a batting average of .293 that year. As recently as the 2013 World Baseball Classic, David earned the nickname “Captain America” for his performance on Team USA that year.

A dedicated sportsman, Wright’s work ethic is indomitable. During a recent game against the Braves, Wright played despite having a case of the flu, but refused to blame his performance on the illness in a report by CBSSports.com. Even on the best days, playing a sport on a professional level is strenuous and difficult, trying to do so while sick makes being effective on the field even more difficult. While David might not have felt well in his game against the Braves that Wednesday, he performed much more strongly in his more recent Easter Sunday game against that same team.

A Lifetime of Awards and Achievements

Given Wright’s hard work and dedication to the sport of baseball, it is little surprise that he has managed to earn so many awards during his time as a player for the Mets. In his 2004 rookie debut, Wright earned the coveted title of Rookie of the Year from the “This Year in Baseball Awards” (now called Greatness in Baseball Yearly). The very next year, Wright made a superb, barehanded catch that MLB.com named the “play of the year.”

Even early in David’s career as a Major League player, it was apparent that he was destined for greatness in the sport. After these early successes, the young Mr. Wright was determined to prove that these distinctions were no mere flukes. From 2006-2013, David has been listed as an All-Star selection each and every year. This is an honor that he has earned by working hard and never giving up.

Most recently, David was chosen for a new honor, as he was voted to be the new “Face of MLB” to replace the retiring Derek Jeter. As the new face of MLB, David is being made more than just a player, he is the image of baseball in America. It’s a huge career milestone, and one that is well-deserved.

The competition for the title of the face of MLB 2014 was tough, and many A’s fans were disappointed that their nominee, Eric Sogard, lost out to Wright in a close, fan-based vote.

Immortalizing the Face of MLB 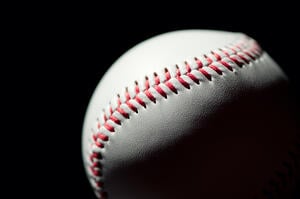 To celebrate being named the new face of MLB, David decided to preserve the competition chart for the title in a custom plaque from In The News, Inc. This chart names the individual competitors for the “Face of MLB” title and traces each victory from the first-round eliminations to Wright’s ultimate victory, where he is pictured in the center of the chart.

This elegant custom wall plaque made from high-quality, 3/4” thick wood is equally at home in David’s home, the Mets locker room, or even in the office of the team’s owner, and serves as a source of pride in any of these settings.

Even better, David’s custom-made plaque keeps the list of contenders contained within safe from the effects of exposure to air and moisture. Because it’s protected from the elements, David’s picture, and the pictures of all of the contestants who he topped to be the ultimate winner, will be saved from becoming yellowed, peeled, cracked, or torn as a simple paper hanging would. This means that David will be able to share the story of the contest that named him the face of MLB for decades to come with his friends, family, and teammates alike.

We here at In The News were happy to help David celebrate his big win by crafting him this custom plaque, and we hope that he continues to be a positive role model for young baseball fans across the country, and that he continues to distinguish himself as an all-star player for many successful seasons to come.

We can help you celebrate your memorable accomplishments as well. Simply try out our custom wall plaque creation process at the link below to get started.