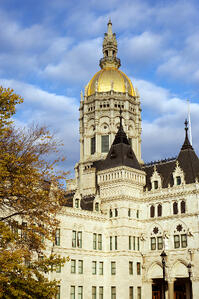 Over 200 cast iron plaques were created to preserve the memory of these brave men who gave their lives in service to their country. From 1926 to the late ‘60s, they served as solemn reminders of the price that our soldiers are asked to pay for our freedom and safety.

Each plaque names a fallen soldier, his rank, and infantry division assignment as well as the date and location where he died. As soldiers, they deserve to be remembered for their service. The families who lost these men deserve to know that they have such an honorable heritage.

However, when the elm trees that these plaques were displayed in front of suddenly fell victim to Dutch Elm Disease, the memorial holding the plaques was dismantled. Whatever the plans for these plaques was at the time, whether they were meant to simply be stored or if they were supposed to be relocated to a new site, these 200+ plaques virtually disappeared after the memorial was taken down.

For 50 years, these plaques were lost, laying in a heap on the dirt floor of an outdoor public works building. Without proper care and maintenance, these iron plaques were contaminated by the dirt they laid on, gathering rust in the dark for half a century.

Recovering a Lost Piece of History

After 50 years of neglect, the plaques were discovered by a public works employee who notified a local history buff by the name of Greg Secord. In an interview with FoxCT, Fox’s local programming channel for the state of Connecticut, Secord noted that “it was really disheartening to see the plaques for the first time because they were literally dumped in a pile in a basement with a dirt floor. They’re cast-iron so they were all rusty.”

The basement was found to be holding 180 of the memorial plaques, with some 20 or more plaques remaining unaccounted for despite a thorough search of the building. Many plaques were badly damaged, and all of them needed restoration work to make up for half a century’s worth of accumulated rust and damage from the initial dismantling.

What shocked Secord, more than anything else, was that the act of simply throwing these plaques into a pile on a dirt floor was “very, very disrespectful—dishonoring people that made the ultimate sacrifice.” To counteract this neglect, Secord and other history-minded enthusiasts in Hartford are organizing an effort to build a new memorial to house these plaques in a place of honor once more. Furthermore, they are restoring all of the original plaques that were recovered, and replacing the missing plaques so that no soldier is forgotten by the community.

The effort to restore these plaques is being carried out with the support of the Rau-Locke American Legion Post 8, which was instrumental in the creation of the original memorial. Having one of the original groups that helped to build the memorial restore it to its former glory is poetic, and fitting.

Secord plans to put the new memorial in the park as we near the 100th anniversary of the start of WWI.

During his research into these plaques, Secord and his associates found two relatives of soldiers who were being honored with these plaques, and let them know that their families’ sacrifices would be remembered once again.

With luck, and a little help from the Hartford community, the dedicated men and women who are working to see this memorial restored to its former glory will pay off. Such a memorial is more than just a way to remember the fallen, however. This memorial is a mark of pride for the community and a piece of history preserved for the education and enjoyment of future generations.

Once more, these markers will stand as a reminder of the kind of dedication and service that is exemplified by the brave men and women who serve our country so others can enjoy the safety, security, and freedoms that is earned with blood, sweat, and tears.