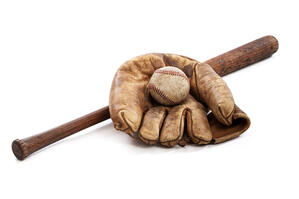 In American sports history, few names are as well-known and celebrated as the name of George “Babe” Ruth, one of the first players ever to be elected to the Baseball Hall of Fame in 1936, fully three years before the official opening of the hall of fame’s official opening in Cooperstown. As one of the hall of fame’s first inductees, Babe Ruth was honored with a custom wall plaque that adorned a special display in the Cooperstown museum.

In the 75 years between the opening of the hall of fame and the start of 2014, the plaque honoring the “Sultan of Swat” has never left the building. Recently, however, the 75-year seclusion of this historic baseball artifact ended.

In a tour that marks the 100th anniversary of Babe Ruth’s baseball debut, the plaque has been removed from its resting place in the hall of fame so that it can be put on display in locations throughout New York. One notable location that had the plaque on display earlier was at the Bronx on Tuesday, May 6, where the Yankees hosted a game versus the Mets. The fact that Ruth spent 14 years of his 22-year-long career as a player for the Yankees makes the display of his plaque at the Yankees vs. Mets game all the more appropriate.

A Little Background about Babe Ruth

Born in 1895 in Baltimore, Maryland, Babe Ruth began his professional career with the Boston Red Sox on July 11, 1914 at the tender young age of 19 (he had played for a minor league team shortly before that). Debuting as a pitcher for the Red Sox (and pitching a record-making nine shutouts in one year), Ruth made the switch to full-time outfielder when he was sold to the Yankees in 1920. 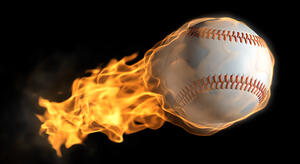 The fourteen years that Babe Ruth spent with the Yankees were the most iconic years of his career. The image that most people have of this baseball legend to this day typically involves him wearing his famous striped NY sports jersey, which he ironically never wore in an actual game.

During this time, Babe Ruth became one of the most feared sluggers in baseball, leading his team to multiple pennants and four World Series titles. By the end of his career, Babe Ruth had set numerous records, including 714 career home runs.

Although many of Ruth’s records have since been broken, he is still often referred to as the best to ever play the game. Babe Ruth was a legend in his own time, one that has inspired baseball fans and players alike for generations.

The Babe Ruth Plaque on Tour

After being put on display for the Yankees vs. Mets game, the plaque was shipped off to Grand Central Terminal to continue the tour.

According to the Associated Press article on ESPN.go.com, the purpose behind the plaque tour is to support a tourism promotion by the state of New York that is designed to encourage more people to visit the state. Not only that, the plaque is slated to be part of a pregame ceremony that will recognize a new Babe Ruth exhibit opening in Cooperstown in June, just in time for the 100th anniversary of “The Bambino’s” major league debut.

Plaques such as the one depicting Babe Ruth are a great way to commemorate and preserve important moments and events for future generations. With this plaque, the people of New York will have a long-lasting reminder of one of the greatest players to ever play for the Yankees. For baseball fans in general, the plaque marks an important life and story in their beloved sport.

These custom-crafted displays keep the memory of great accomplishments and persons alive throughout the decades, and each one is a little piece of history preserved for the future. Commemorate your own important moments with a plaque. You never know who might be inspired by your own story years from now.