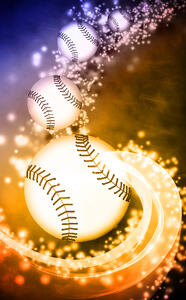 Not too long ago, we talked about how Babe Ruth’s Hall of Fame plaque was removed from the museum for the first time since it was put in there so many decades ago. This trip was part of an effort to help boost tourism in New York as the plaque was put on display for several prominent games in the state, and in historic locations throughout.

Now, two more plaques of famous figures ensconced in the Baseball Hall of Fame have been put on the road for the first time as well. However, the destination of these two plaques was very different from that of the Babe Ruth plaque.

The Civil Rights Game, which started back in 2007, is a special annual event that raises awareness about issues of inequality in society and celebrates the contributions of African-American players to the sport of baseball; which is why displaying the plaques of two of the greatest African-American baseball players in history is the perfect way to bring more notoriety and a sense of history to this event.

However, there are things about each of these players that make them the ideal symbols of baseball, sportsmanship and perseverance in the face of difficulty.

Nowadays, Hank Aaron is one of the most celebrated players of the sport, but it wasn’t always so. Beginning his Major League career in 1954 under the Milwaukee Braves, Hank was a truly gifted baseball player who had been scouted for his excellent performance on a Negro League team called the Indianapolis Clowns.

The mere existence of a racially segregated league was but one sign of the extra challenges faced by players of that era.

However, even early in his career Hank’s skill and determination set him apart as being a cut above the rest. During the 1952 Northern League season, Hank was part of a Class-C team called the Eau Claire Bears, and was unanimously voted rookie of the year, making his promotion to a Class A team in ’53 the right and obvious decision for the Braves.

However, the Braves’ Class A team was the Jacksonville Braves, which was in the South Atlantic League. Back in the 1950’s, the southern U.S. was still heavily segregated. The Jim Crow laws were still in effect, and prevented Hank from being with his team during common events such as meals or even using the same bathrooms and sleeping in the same hotels.

Despite the hardships imposed by a series of unjust segregation laws, Hank’s baseball career continued to thrive, and he eventually broke the seemingly untouchable home run record of Babe Ruth. However, the notoriety that Hank received as the first man to break the legendary record was a mixed bag, to say the least.

While baseball fans from all over the country sent Hank numerous letters of encouragement, racists who didn’t want to see a black man beating a decades-old record sent death threats to Hank and his supporters. Despite this, Hank persevered hitting his 715th home run and busting the old record to a cheering crowd.

After his retirement from playing baseball, Hank became the VP and Director of Player Development for the Braves, one of the first members of a minority racial group to be an upper-level manager for an MLB team. In the face of adversity and hate, Henry Aaron stood tall, worked his hardest, and overcame obstacles to become a baseball legend.

Born just a year and a half after Henry Aaron, Frank Robinson rose to become one of the greatest players of baseball while facing many of the same challenges.

Unlike Aaron, however, Frank had an open ambition to become the first African-American to serve as a manager in the Major Leagues. By making this push, Robinson was actively working towards the desegregation of the entire structure of the MLB. In 1975, Robinson successfully became a player/manager for the Cleveland Indians, and the first black man to have that position in a Major League team.

In 1989 (seven years after being elected to the baseball Hall of Fame), Robinson won the Manager of the Year Award for his work in leading the team’s turnaround from the previous season.

Considering their enormous contributions to the sport of baseball and the desegregation of sports in general, it should be little surprise that both of these men have earned a place of honor and distinction in the baseball Hall of Fame. Both players were elected to the Hall of Fame in 1982, six years after their final seasons as players.

With their nomination to the hall of fame came the creation of two plaques to honor their achievements and preserve their memory for future generations of baseball fans to enjoy.

The display of these plaques at the Civil Right Game at the end of May serves not only as a reminder of two of baseball’s greatest players, but of the struggles that they had to endure in order to reach such a lofty status in an era where inequality ran rampant.

Hopefully, the display of these plaques at events such as the Civil Rights Game will inspire future generations of players to continue to pursue their dreams in the face of adversity, just like Hank Aaron and Frank Robinson did.