Celebrate Your Favorite BCS Team with a Plaque Today 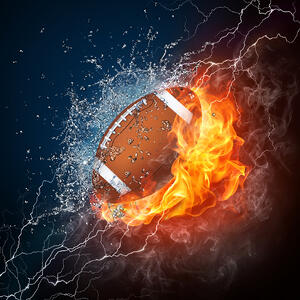 As most college football fans know, the Bowl Championship Series (BCS) is a series of five games that is designed to make sure that the top two college football teams in the country get a chance to face off against each other in a national championship game. Aside from the top two teams, eight other high-ranked teams get a chance to compete with one another in four other bowl games.

Each year, fans across the nation get to cheer on their favorite college teams as said teams face off against truly tough opponents. For die-hard football fans, the BCS is a chance to see football at its best, being played by the top teams in the country.

The BCS is a highly exclusive event intended for the best teams in the nation, and is managed by the commissioners of ten NCAA FBS conferences and the University of Notre Dame. As listed by the BCS football website, the ten conferences that are part of the BCS event are: the American Athletic, Atlantic Coast, Big Ten, Big 12, Conference USA, Mid-American, Mountain West, Pac-12, Southeastern, and Sun Belt conferences. Each of these conferences has a contract with ESPN to televise their games throughout the upcoming season as well.

The conferences take the BCS seriously: each one that has a team who automatically qualifies for the BCS event earns $22 million in net revenue, and another $6 million if they have a second team that qualifies. Beyond earning money for their conference, qualifying teams also earn prestige and create more future opportunities for the athletes on their teams and for every other person linked to their team. With these teams playing for pride and so much else, it’s little wonder that fans are hooked on the BCS.

Before the main event between the top two teams in the nation, there are four other exhibition games held at four different stadiums throughout the nation. This year, they were the Rose Bowl at Pasadena (presented by VIZIO), the Tostitos Fiesta Bowl in Glendale, Arizona, the Allstate Sugar Bowl in New Orleans, and the Discover Orange Bowl in Miami, Florida. Once these four games are completed, one of these stadiums is chosen to host the final, titanic clash between the two teams that are recognized as being the two best in the country. This year, it was the Rose Bowl in Pasadena that earned the honor of being the site of the final confrontation.

The commissioners of the BCS pride themselves on their ability to pick the top two teams, saying that they have “been undeniably successful… Thanks to the BCS, the top two teams have played each other 15 time in 15 years by BCS measurements and 12 times in the last 15 according to the AP poll – including the last nine years in a row” on the main page of their website. Knowing that the best college teams in the country are going to be facing each other is enough to make any football fan excited, and the BCS’ track record for success in that respect justifies such excitement.

This year’s BCS main event is already said and done, with Florida State making an amazing comeback from behind victory in the final quarter against Auburn. The game was a perilously close 34-31, with 21 of Florida State’s points coming in the final quarter, which started with Auburn leading by eight points, and maintaining that lead by adding another ten points to their score. The game-winning pass that gave Florida State the points they needed to overcome Auburn’s lead came in the last 13 seconds of the game, as reported by ESPN.com.

The rebound was an incredible one for the Seminoles, Florida State’s team, and it represented the largest point deficit (18 points!) that was overcome by a winning team in any BCS game to date. It was a dramatic moment for sports fans, as the two championship-class teams fought as hard as they could to earn the victory and bring honor and pride to their school, their teammates, and themselves.

Although the main event is over, you can still celebrate your favorite teams, athletes, and plays from the Bowl Championship Series with a commemorative plaque from In The News. We also have plaques featuring the BCS champions, the Florida State Seminoles, on our Championship Sports Plaques page for you to enjoy.

If you’re a fan of the Florida State Seminoles, our BCS National Champs plaque is the perfect addition to your collection of sports memorabilia. With these plaques, you have the choice between classic, trophy-like wooden designs or sleek, modern crystalline acrylic to give your plaque the perfect appearance to compliment your favorite sports pieces.

Better yet, these durable bits of sports history are made to last, so you don’t have to worry about the picture in your plaque being ruined by exposure to the air. The images on these plaques are sealed within the plaque itself, preventing oxidation and moisture damage from causing the pictures to become peeled, cracked, and discolored. As a true fan, you want your keepsakes to last as long as your love of your favorite team will, not just for a week or two, so make sure you get a keepsake of your team that will stand strong against the ravages of time.