Celebrate Your Favorite Super Bowl Team with a Plaque Today! 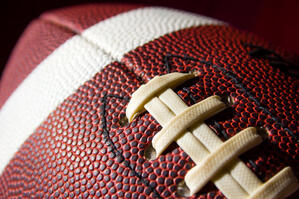 Sunday, February 2nd marks the biggest football event of the year, the 48th NFL Championship game, otherwise known as the Super Bowl to millions of American fans. The popularity of the big game is undeniable, as the 45th game holds the record for the most-watched American TV broadcast in history. In fact, it’s probably a good thing that the game falls on a Sunday, otherwise there’d be a LOT more people calling in sick to work.

Many people consider the date of the big game to be an unofficial holiday (fans and people who bet on the event certainly do a lot of praying). All over the nation, fans gather around the big screen TV with giant platters of snack foods, beer, and barbecue to witness the culmination of the NFL season.

The reason that the name of the game used to be different is that in the past, there was once a rival league to the National Football League named the American Football League. Back in the ‘60s, the two leagues were having difficulty fielding enough talented players to give their audiences a good show. In order to facilitate team growth and improve the quality of games for fans, the rivals decided to merge into a single league under the NFL name.

Before the two leagues finished their merger, they decided to hold several championship games. This AFL-NFL World Championship featured the best team from each league’s regular season in a head-to-head face-off that would determine which team was the best in the country. For the first two years of the championship, the NFL’s Green Bay Packers won back-to-back victories. However, the ability of the AFL teams was not to be underestimated, as AFL teams would win the next two championships before the big merger.

Once the merger was completed at the start of the 1970 football season, the new NFL was divided into two conferences, the AFC and the NFC. The AFC was comprised of all the former AFL teams and a few additions from the NFL, while the NFC was made up of all the teams not given to the AFC in the merger. The two conferences would still play regular seasons amongst themselves, and then send their champion team to the big game after the season was over.

The Next Big Game

On the first Sunday of February, it will be the AFC’s Denver Broncos going toe-to-toe with the NFL’s Seattle Seahawks for the coveted title of World Champions and the chance to bring home a Vince Lombardi trophy for their hometown.

The road to success for the Broncos has been a long and arduous one. In their early years before the AFL-NFL merger, they did not enjoy widespread success. They won the first-ever AFL game, and were the first team to beat an NFL team in a preseason game, but these remarkable achievements were not enough. For the first few years after the merger, they didn’t even make the playoffs. Despite these early setbacks, the team grew and became more successful and competitive over time.

1977 was a storybook season for the Broncos, as they not only made the playoffs for the first time, but they also became the AFC champions that season. Unfortunately, they did not win the NFL championship that year, but that season marked the beginning of a long history of success in which the Broncos would win many more AFC championships, and not one but two League championships.

The Broncos may have been underdogs in their early years, but they were underdogs who refused to quit, and that’s how they became the championship-quality team they are today.

However, countless early struggles in the life of this team have not dampened the spirits of the team’s fans one bit. Seahawks fans love their team, and are colloquially known as the “12th man,” a title that they wear with pride. As the Seahawks like to say, whenever their fans are in the stadium, they have a 12-11 advantage over the other team.

While the Seahawks may not have as many conference championships under their belt as their opponents, they are no less skilled or motivated to win.

Create Your Own Trophy

If you’re a big fan of your team, show off your dedication today with a championship sports plaque featuring your favorite team today. You know your team are winners, help celebrate their accomplishments in their conference before the big game is over.

Your plaque of your favorite team can come in a variety of styles to match your sports room. From sturdy wooden plaques to sleek and modern crystalline acrylic plaques, you can rest assured that your plaque will be a great centerpiece for your sports memorabilia collection to get your friends excited about the next big game, and the one after that, and the one after that.

The rugged and reliable displays are built to last, protecting the images against the elements for decades, allowing you to share the stories of your favorite team with your children and the families they will have one day.

Create a special piece of memorabilia to share with your friends and family today and show your support for your favorite team now!